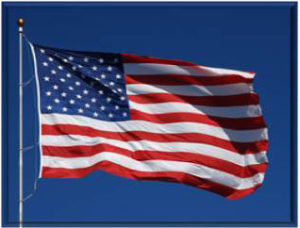 Display, Handling and Care of the United States Flag

When should I fly the Flag?

The flag can be displayed on all days, but in particular it should be flown on:

*On Memorial Day, the flag should be hung at half-staff until noon, when it should be raised to the top of the staff.