The Sun of Lionism is Brightly Shining

From our founder, Melvin Jones; as poignant today as it was in October, 1947.

Lionism imparts the warmth of good fellowship and good friendship. It nurtures understanding in human relations and fosters good will towards all peoples of the world….

The year of 1947 is significant in the history of Lionism, for it marks the 30th anniversary of the founding of our association. And this month of October is the ‘Red Letter Month’ of this significant year because it was in October, only 30 years ago, the first Annual Convention of Lions International was held. The scene of that transcendental event was Dallas, Texas, and it was the realization of an inspiration and an idea which had its inception three years earlier, in 1914. It was the idea, or rather the conviction, that there existed in this materialistic world and egotistical age a great need for an organization different from the rest, in which high-idealed and public spirited men could be banded together, not for the selfish end of business profit, but to render unselfish service to community and nation.

On June 7, 1917, the idea had spread so far and had received such warm welcome on the part of thoughtful and sincere men, that an organization meeting was held in Chicago, at which more than 100 independent clubs were represented and at which a call was issued for the first annual meeting of the embryo organization. This convention was duly held at Dallas on October 9 to 11, with about 25 clubs participating. In such small beginnings di Lions International have its origin, making all the more remarkable its tremendous expansion within three short decades, until it is today the largest organization of its kind in the world.

When this association of ours was first organized, it was the dawn of new era in human relationships and service. The sun really rose for countless communities throughout the length and breadth of our lands, for the benefits that this association has brought them and their citizens, and through them to the nations and the world, by far surpasses any analysis or estimate that the most able and conscientious of statisticians could possibly formulate.

Yes, the sun necessary for growth. It is the greatest powerhouse and the greatest producer in the world. It causes acorns into staunch oaks, it enables seed to ripen into grain, and it enables men to reap from what they sow. Just as Lionism has grown into something great and staunch and powerful from a little acorn of an idea germinated only 30 years ago, so does a community progress whenever there is a Lions Club in it, because it is active and a producer of results. Not only does the Lions Club sow, but its constructive power promotes the ripening, so that what the community and the nation reap is a harvest of golden deeds.

The sun is sure. It rises every day. It shines every day, even if clouds temporarily obscure it. It is always there, at work spreading its energizing rays. And so it is with the Lions Club. It is a dependable constructive force. It is on the job every day, clear day or cloudy day, doing its work.

The sun is light. Without it there would be darkness throughout the world. The Light of Lionism is its unselfish service. It illuminates the way towards a greater future, a happier tomorrow. The Light of Lionism is kindled by intelligence, which in turn gives us the assurance of Liberty and of Our Nations Safety. The sun, too, gives warmth. So does Lionism impart the warmth of good fellowship, of friendship, of understanding in human relations, of good will towards all peoples of the world.

This sun of Lionism has now been shinning on our home town, our country, on the world, for 30 years, bringing us and our fellow men life, light, power, and warmth. And, yet, in measure of time, it has barely risen. Our Association, despite its 30 years of unflagging activity, of intense service in peacetime, in war and through every emergency, of unprecedented accomplishment that has won for it universal esteem and tribute- despite all this, it is still young and fresh and vigorously stimulating, just like the new day. There is a long and bright future ahead of us. It is still only dawn, but the Sun of Lionism paints the ski crimson, gold and purple, heralding the marvelous new era that is the heritage of this generation. 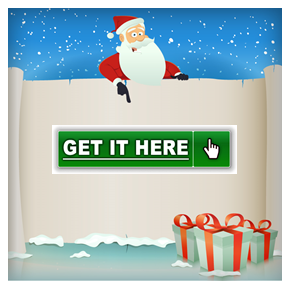